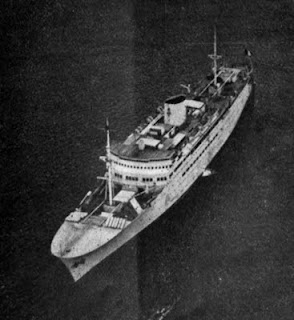 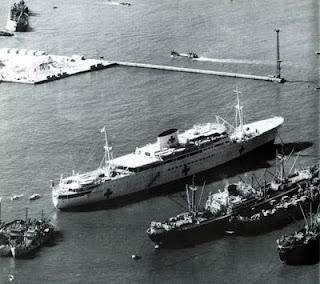 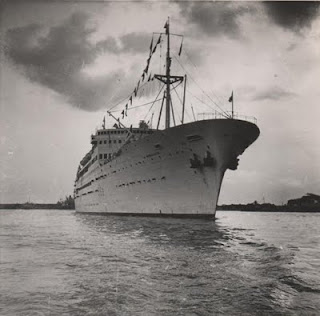 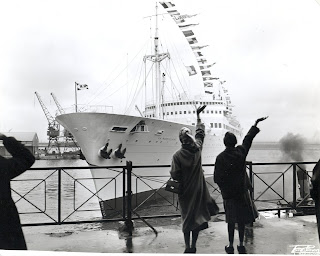 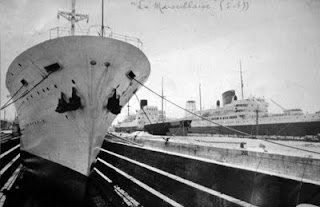 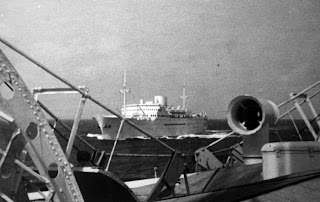 
Although being bothered by some other things going on, we will soon be able to deliver our new model.

This will be a ship, that I love in particular for her being so unmistakeable and pregnant in her design.

As well, she is widely unknown, what seems to be characteristic for the ships, we produce.

The La Marseillaise was aside the Kungsholm 1966 and the Ancerville for sure one of the most beautiful hulled passengerships of all times. Have a look at the attached pictures - You will agree. MOst attracting as well I think is the "absence of color". The ship is almost painted in "shades of gray" and her monochrome appearance underlines her elegance a lot.

To find informations about this not very well dokumented vessel I made a trip to Marseille in June this year.

Pictures of the model can be found here:

I have no pictures of her when she served as a hospital ship during the Suez crisis in 1956 so far, but still we produce this version in limited eddition of 10 as the number Ri 460b. Below You find a short lifeline of the ship in german language.

The La Marseillaise again was a very time consuming vessel to produce, as You will see, when You get the model.

Please inform Your dealor in time if You wish to order the model.

and "The Viking", as she sailed fo Sally the Viking Line:


As well, we will produce more C1 Standardships.

Lifeline of the La Marseillaise: